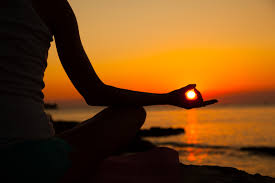 Levinthos retreat center in Crete offers indoor yoga hall which has been made by natural materal rock and wood and is situated at a perfect spot with panoramic view of the Lybean sea. It is perfect for meditation, yoga practice, Tai Chi, Qi Gung, massage therapies, dancing lessons and other group seminars, workshops and any kind of retreat.

The Cretan diet comprises a whole philosophy of life and represents the lifestyle of the Cretan people. The unique Cretan Diet is a healthy and tasty diet with centuries-old recipes and modern creative versions, which are always cooked, of course, with the same top quality pure products of the blessed Cretan earth.

Levinthos retreat center consists of eco-friendly apartments which are carverd into earth, bearing the lowest possible visual and environmental footprint, the cave-houses maximize the authentic relationship between the house-user and the landscape. In addition there are four first floor studios which offer breathtaking view over the Lybean sea.

There are a lot of beautiful beaches in the area of Lentas, both on the west side like “Ostria” and on the east side like “Diskos”, which extends on the opposite side of the rock of “Lion”. You can also discover the beach of “Trachoulas” which is 10 minutes away by car and after crossing a little gorge about 15 minutes but the sight will be fully compensate you since it is one of the most fantastic beaches in Crete.

As a workshop leader, you can adreess to our retreat center in order to host an event with a group of ten people or more (for a minimum of five nights). You reserve rooms, meals and workspace, and confirm with a deposit. There are different types of accommodation based on your need. We recommend that you plan your program as much in advance as possible, in order to assure availability of accommodations and meeting facilities.

In Levinthos retreat center is used the geothermal energy which is a method for heating and cooling, a structure using the constant ground temperature. In reality the Earth is the world’s largest solar collector and at depths of roughly 5 feet below grade the Earth has stored enough energy to maintain about a 50 degree temperature year round. Geothermal heating and cooling utilizes a ‘ground source’ heat pump to either extract heat from the ground during the winter or reject heat into the ground during the summer. One of the simplest comparison’s for a geothermal unit is, it is like your refrigerator – in the summer you are standing inside of the refrigerator, and in the winter you are standing in front of the refrigerator – where you usually feel the warm air coming out at the bottom.

Lentas owes its name to the magisterial rock which is the western boundary of the bay of Lentas and it looks like a seated lion or a seated “Leonta” if you prefer. However, during the Minoan period when Lentas was an important port it was known as Levina or Levin. A variety of finds from that period like vessels, cycladic idols ,gems and an Egyptian scarabaeus are displayed in the archaeological museum of Heraklion.